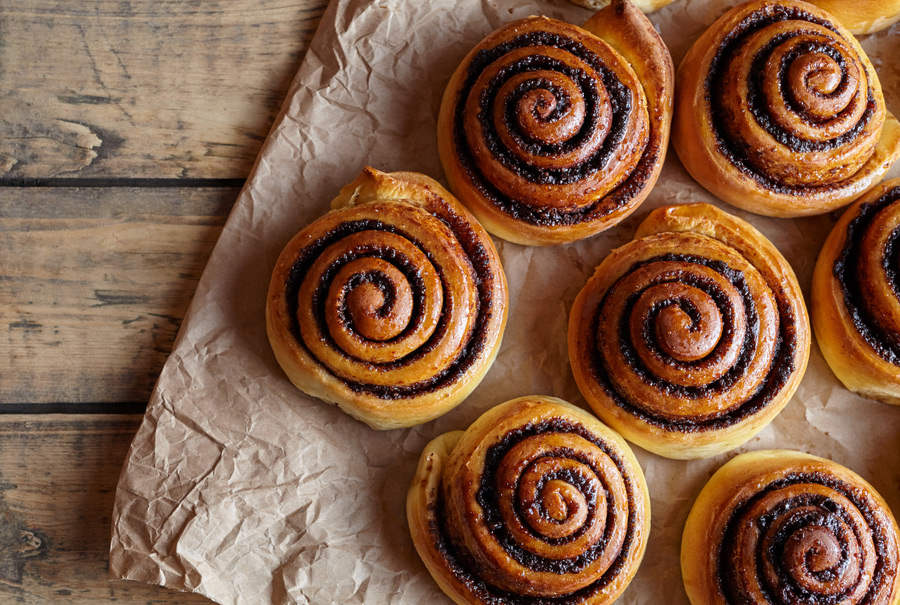 For the Dough: Preheat oven to 350 degrees.

In a microwave safe bowl, melt the mozzarella and cream cheese together, microwaving 30 seconds at a time. Stir and microwave another 30 seconds until just melted. Let the mixture cool slightly, add egg and stir.

Add almond flour and baking powder to cheese mixture. Dump dough out on a flour surface and kneed dough until smooth. You can keep adding almond flour to help with the stickiness.

Place dough between two large pieces of parchment paper. Use a rolling pin, roll out a large rectangle.

Pick up one side of the parchment paper, tuck and roll the dough into a log. Use a piece of string to cut the roll into 15 pieces.

Bake for 15-20 minutes or until golden brown. Make sure they are cooked in the middle.

For the Icing: Combined all ingredients besides chocolate.

Melt chocolate in separate microwave safe bowl. Make sure to melt in increments on 30 seconds, stir after each interval.

Use a hand mixer to slowly incorporate the chocolate into the cream cheese mixture.

Once incorporated pour over cinnamon rolls and enjoy!

Try These Other Great Recipes